← more from
CNM
Get fresh music recommendations delivered to your inbox every Friday. 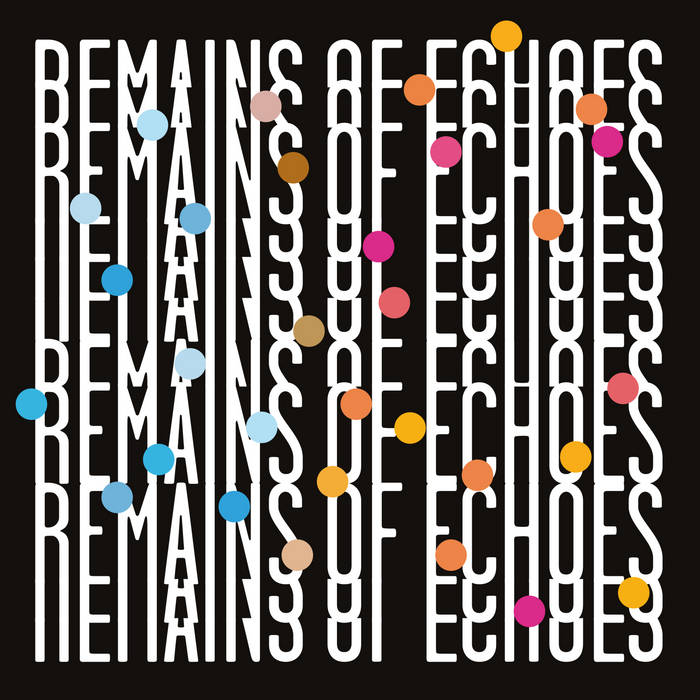 From the Liner Notes:

The title of this album was taken from Jimi Hendrix’s “Up from the Skies.” It’s one of the late guitar god’s most swinging and jazz-like tunes, but also one of his most strikingly original lyrics, with elusive sci-fi connotations and apocalyptic overtones. To guitarist Eric Hofbauer and drummer Dylan Jack, however, that particular lyrical snippet, abbreviated to Remains of Echoes, seemed to pertain to the complex matter of musical ancestry. And that’s something these two Boston-area improvisers knew they’d be dealing with in-depth as a duo when they elected to do a full program of covers.

The goal with Remains of Echoes was for Hofbauer and Jack to highlight the formative influences they hold in common, drawing a line from Ellington to Charlie Parker, Monk to Mingus, Miles to Ornette and Don Cherry. And not only those, but also Hendrix to the Police to Jackson Browne. The particular ways in which they draw that line — the ways in which they generate momentum and strive to summon the elusive essence of each piece — suggests a larger story about artistry in the present, at once haunted and spurred into action by the memory of musical giants.

“This is a concept album of sorts,” Hofbauer says. “We wanted an album entirely of covers, but very specific ones: they’re songs from our mentors or heroes, or songs by bands and composers that influenced us at pivotal moments. They’re stories with a deep narrative connection to our own development as lovers of music. It’s a celebration, a connection with the past, with our musical spirit guides who got us into drumming, into guitar, into improvising. It’s about being part of a continuum in history. So that question from Hendrix — ‘Is it just remains of vibrations and echoes long ago?’ — stuck in my head for a long time, the idea of echoes and reverberations from all of our role models, or our lost loved ones, coming through in songs that have moved and shaped us. And the ‘remains’ of those echoes are simply us, and our interpretations, our playing.”

The “vibrations” Hendrix sings about are also literally musical, as Hofbauer explains: “Strings vibrating, drum heads vibrating, trying to bring out those echoes and the ringing of the past through re-exploration.”

The most effective way to bring about those Hendrixian “vibrations” as a duo, the partners found, was to think in terms of solo playing. Thus Hofbauer describes Remains of Echoes as “two solo albums in one.” According to Jack: “My approach on this record was to be a solo percussionist/drummer in order to get as much music as I could out of the instrument. Whether I was playing melodies, soloing or supporting Eric, I tried to surround his playing with different registers, timbres, density and space.”

For Hofbauer, who has documented his solo-guitar approach extensively on Ghost Frets and his American trilogy, the duo with Jack was very much a continuation of that discipline, but one requiring a certain emphasis on low-end frequencies. “With the widening high frequencies from the cymbals all the way down to the bass drum,” he recalls, “the music demanded more low-end focus from the guitar as a counterbalance. We definitely have some more open, shimmering and spacious moments, ‘Nardis,’ for example. But on something that’s really pulse- or groove-driven like ‘Walking on the Moon,’ ‘Mopti,’ ‘Word From Bird’ or ‘Fables of Faubus,’ the arrangements demanded a closer examination and utilization of the low end. With Dylan adding pieces to his kit — tuned bass drums and floor toms, also covering bass line-type ostinatos— we worked together to highlight the essence of bass frequency minus the bass.”

The goal with the duo is for Hofbauer and Jack to highlight the formative influences they hold in common. The particular ways in which they draw that line — the ways in which they generate momentum and strive to summon the elusive essence of each piece — suggests a larger story about artistry in the present, at once haunted and spurred into action by the memory of musical giants. ... more

Bandcamp Daily  your guide to the world of Bandcamp

Kari Faux drops off her deluxe album 'Lowkey Superstar' plus tunes by Shunaji and Samplelov.